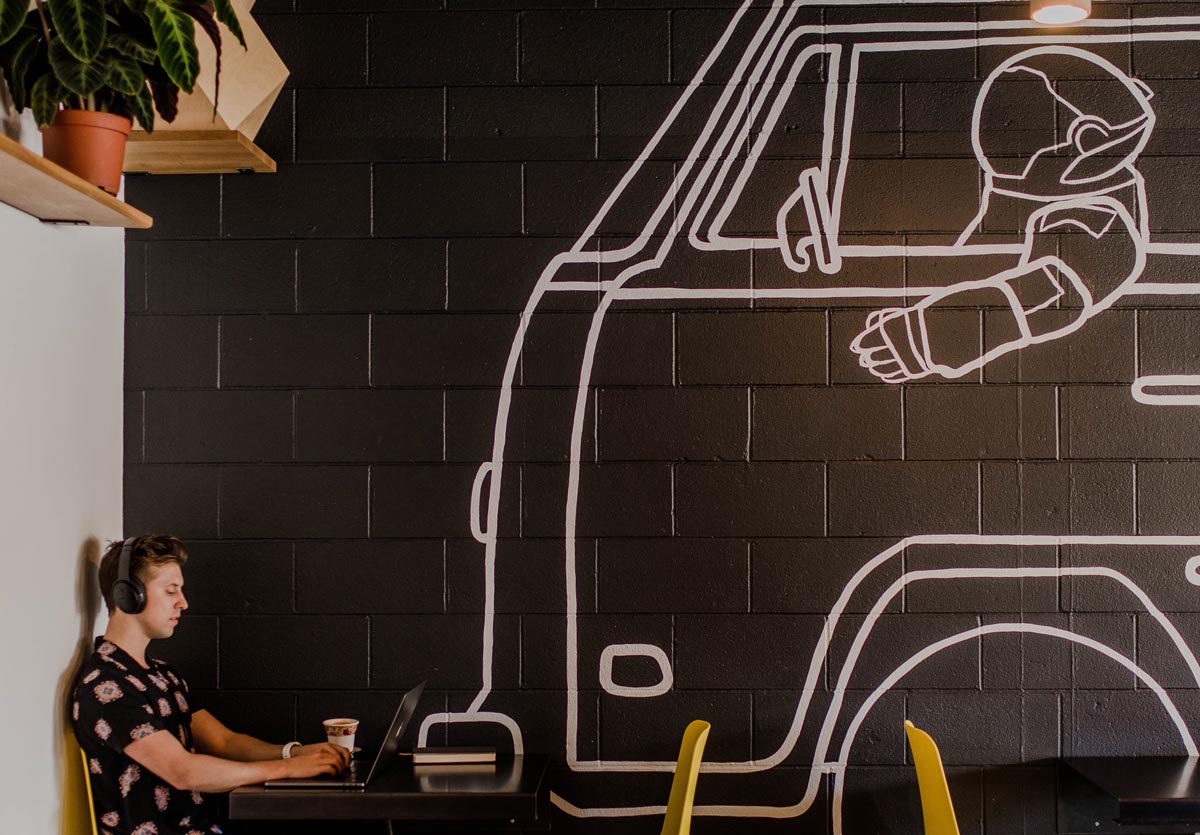 Let’s face it: Change happens, regardless if we want it to or not.  People handle it differently, but those who fight against change tend to lose out.  Although it’s a bit of a paradox, the one thing you can say about change these days is that it is constant!  This week, I picked up four passengers who were all being affected by change... one was forced to make one, one was reacting to a change, and two were wanting a change.

She was waiting curbside with one of those cute little poodle mixes, and as she got in the Uber asked if I minded having the dog in my car.  Are you kidding? I adore dogs, grew up with many and raised four with my own family.  Elaine smiled and inquired about some life coaching. “I need a change,” she declared. So, we dug deeper. Elaine worked in finance and had been in the field for over 10 years.  She was tired of working until 1:00am each night, felt and looked a little frazzled, and wanted some feedback.

Elaine told me she makes a great income but felt there’s more to life, and of course I agreed. I mentioned that working at a non-profit could give her more meaning in her work and much more control of her life.  She agreed but said she would make 30-40% less.

I asked, “Is that a problem? By simplifying your life you will be able to adjust, and just think how much more content you would be.” As we approached her drop off location, Elaine, with dog in hand, smiled and mentioned she would start applying for a new gig this week.

ROLAND, Reacting To a Future Change:

I picked up Roland at a new apartment building in the city.  We started talking immediately.  He seemed very interested in my conversational options and asked if he could ask me a question about love.  You see, Roland was getting married soon (and it was going to be a big change in his life), and his question for me was, “How do you know if you are truly in love with someone?”  WOW, some question, and honestly how do you answer that?

I mentioned to Roland, well you kind of just know, it’s something you feel in your gut. Of course, the person you are in love with is in your thoughts... a lot! You go to bed thinking of her (or him) and you wake up with them still in your head.  Can you imagine a life without that person? I told Roland that these are just some of the things that make you realize you are in love, but honestly you could ask 100 people and get 100 different answers.  I think Roland needed some time to reflect on his relationship, his love and why he was questioning it.  Some people fight change.

SHELIA, Forced to Make a Change:

Shelia was already on the sidewalk awaiting my arrival... crutches and all.  She too had made a change, but not out of her choice. This change was handed to her. Shelia had been a Vet Tech, assisting with a surgical procedure involving a Great Dane, and had positioned her leg over the dog to keep him steady when suddenly he leaped forward, taking her leg with her.  This tore some of Shelia’s ligaments and her leg was a mess.  She was headed to one of the area hospitals for her 2nd attempt to fix the damage, as the first was a total failure, and she was hopeful.  What was certain was she would never return to being a Vet Tech.

Her background was life science, so where do you go when you can’t go back to the job you were trained for? Shelia now works for a non-profit called Four Paws.  Four Paws rescues big game animals and places them in protective environments.  Shelia is working in development and feels more fulfilled than when she was working as a Vet Tech.  Sometimes change forces you to take a new direction, and if you are open to it can be a real positive move in your life.

Ben was just in Happy Mode when I picked him up, and why not, he was headed to Denver to hit the mountains to go fly fishing with his wife who was out there on business.  His wife was a Google engineer and loved her job... Ben, not so much.  You see, Ben had worked in IT for ten years and was ready for a change. Ben mentioned that his wife was going to be the main breadwinner and he was totally supportive.  This was going to allow him to pursue a passion of his as a foodie.  Ben was not sure what he would be doing, but he knew it would be in the food world, and he was so excited about this next chapter. Ben was living in the moment, and the moment for right now was heading to fish in the mountains.

It’s not easy making a move like Ben’s, but I loved his positive outlook and enthusiasm for his next move.  I just got the feeling that all would work out for Ben, as he was totally checked in to his passion.  When you follow your passion, things tend to work out.

Change is a good thing. It keeps you alert and nimble in life, which is what you want because when it happens (and it will happen) whether welcomed or not, you will be ready to go with the flow. So, what changes might be coming your way? Are you ready?

Share this on:
JOIN OUR COMMUNITY
Learn More
Trending Now
Blog
How to Sell an Idea
Blog
Writing an Operating Agreement as a Startup LLC
Blog
Top 10 Best Digital Nomad Jobs in 2020
STORIES FROM OUR COMMUNITY
Blog